This is the text of the keynote address I gave this morning at the Veterans Day Observance at Cambridge Cemetery.

I would like to start by thanking Neil MacInnes-Barker, Jeremy Halsdorff and Siobhan Stoney at our Veterans’ Services Department for all they do and for inviting me to speak this morning. As a freshman councillor and one of only two women on the City Council this term, I am honored to have the chance to say a few words on this important day. My service to the City being relatively short, I am humbled to address a group whose deep and longer-standing commitment to serving our country far outweighs my own.

So I will be brief in recognition that this time would be far better spent in my listening to you all, than in your listening to me.

My father was 8 years old when World War I ended, and he served in the Air Force during the Second World War. My parents were newlyweds living in Boston (on Beacon Hill) when he shipped off to Europe in 1942. My parents didn’t see each other again for three full years. Dad had desk jobs in England and Germany and never saw combat. Long after the war ended Mom kept a photo on her bureau of my handsome father looking especially dashing in his dress uniform, but I never heard them talk much about his wartime experiences — or hers, putting her adult life on hold while she waited for the war to end and her husband to return. While she waited Mom went home to live with her parents in Durham NH. Her older brother was a Navy doctor in the Pacific, so I’m sure she and her family spent a lot of time writing letters, watching newsreels, and worrying. Somehow they all got through it and moved on. It wasn’t a period of their lives that my parents could reminisce about fondly, so they just didn’t talk about it. Now I wish I’d asked them to more often.

Today many of us still don’t talk enough about service, much less commit to performing it.

Our choices define us, as individuals and as a country, so I’d like to end with a poem about choice. It’s one I’m sure you all know very well. Its author, Robert Frost, wrote it during the First World War I. (Frost, as some may know, lived on Brewster St in Cambridge, starting during the Second World War until his death in 1963.) This familiar poem is commonly interpreted as celebrating American individualism, but stop for a moment to consider that its title — “The Road Not Taken” — asks us to reflect on the impact of the poet’s choosing that “road less travelled.” As a nation increasingly divided, how can we reconcile the strong streak of American individualism with the need to make personal sacrifices for the greater good? Though choosing military service is today a “road less travelled” it is a path that affirms our common values and leads us toward greater community. I am very grateful to those who have traveled it, and to those who will do so in the future.

The Road Not Taken, by Robert Frost

Two roads diverged in a yellow wood,
And sorry I could not travel both
And be one traveler, long I stood
And looked down one as far as I could
To where it bent in the undergrowth;

Then took the other, as just as fair,
And having perhaps the better claim,
Because it was grassy and wanted wear;
Though as for that the passing there
Had worn them really about the same,

And both that morning equally lay
In leaves no step had trodden black.
Oh, I kept the first for another day!
Yet knowing how way leads on to way,
I doubted if I should ever come back.

I shall be telling this with a sigh
Somewhere ages and ages hence:
Two roads diverged in a wood, and I–
I took the one less traveled by,
And that has made all the difference. 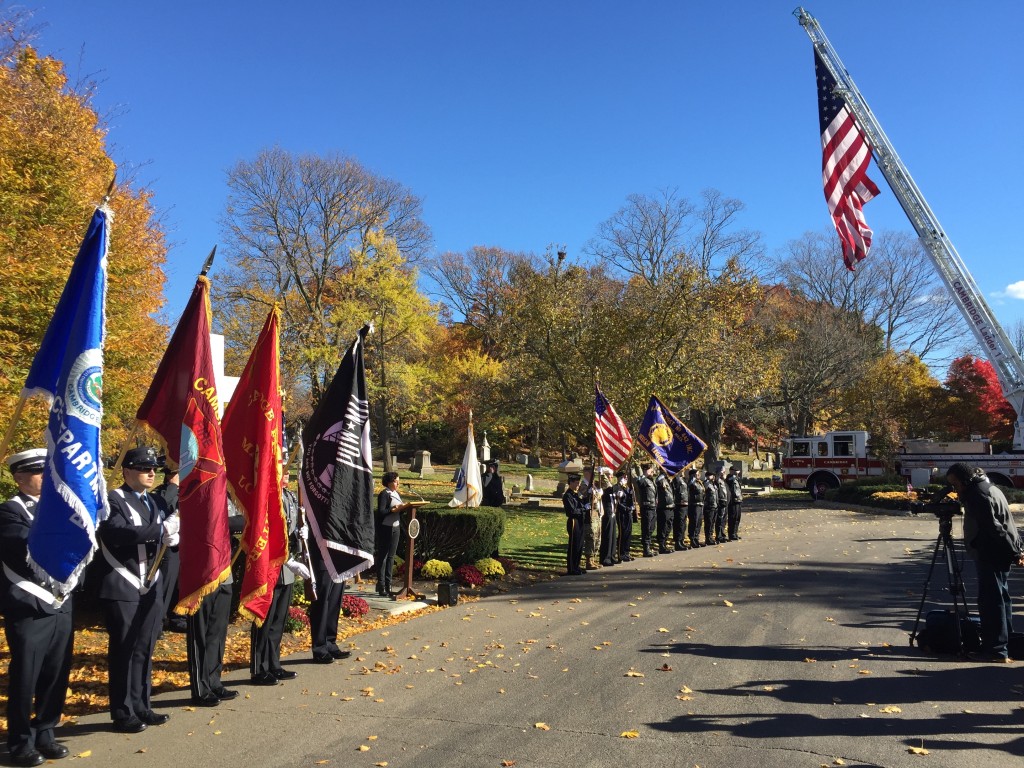