If you are one of the hundreds (thousands?) who pass daily through the congested intersection of Fresh Pond Parkway and Brattle Street, you may have noticed there are fewer trees along the Brattle Street side of Lowell Memorial Park, the state-owned historic green space on that corner. The removal of about 20 trees and a few shrubs was necessary to undertake repairs to the limestone-capped brick wall that runs along Brattle Street and the pillars that mark the park’s original entrance. These trees were “volunteers” that had grown too close to the wall and whose roots were comprising its structural integrity. The state’s Department of Conservation and Recreation (DCR) and the City of Cambridge are jointly funding the $180K project. Designed 110 years ago by the Olmsted Brothers firm, the park might be said to have suffered from benign neglect over the years and is poised for a long overdue rehabilitation. Cambridge contributed $85K in Community Preservation Act funds, and the state appropriated a $90K matching grant. In addition the Cambridge Plant and Garden Club donated $5K to the work.

When the tree removal was first announced in a December 28 press release, the plan was to remove a total of 25 trees including several larger Norway maples that are not impacting the wall but are considered invasive. A small dogwood on the corner of the intersection was also flagged for removal because it was not part of the park’s original design. I expressed concern that healthy trees were being removed without a firm plan or funding to replant, and DCR scaled back the removal to only those impacting the wall. Some members of the Plant and Garden Club feel strongly that the additional trees should have been removed at the same time to take advantage of the available funding ($15K) allocated for the tree work.

I respectfully disagree that healthy trees should be removed before there is a firm plan to replace them. While I do understand that eventually those trees may be removed as part of the park’s hoped-for re-landscaping, I stand by my conviction that in the meantime they are providing valuable shade and other benefits to city dwelling wildlife and humans. In 1906 the surrounding neighborhood was far less densely developed, and trees and wildlife still abounded across the city. One hundred and ten years later we live in an era of climate change, rising temperatures, and traffic congestion unanticipated when the park was designed as an open green intended for quiet contemplation. Many residents have expressed great concern over our dwindling and imperiled urban tree canopy.

I ruffled a few feathers to save a few trees from the axe for a year or two, or longer (who knows when it’s a matter of state funding) — what do you think? 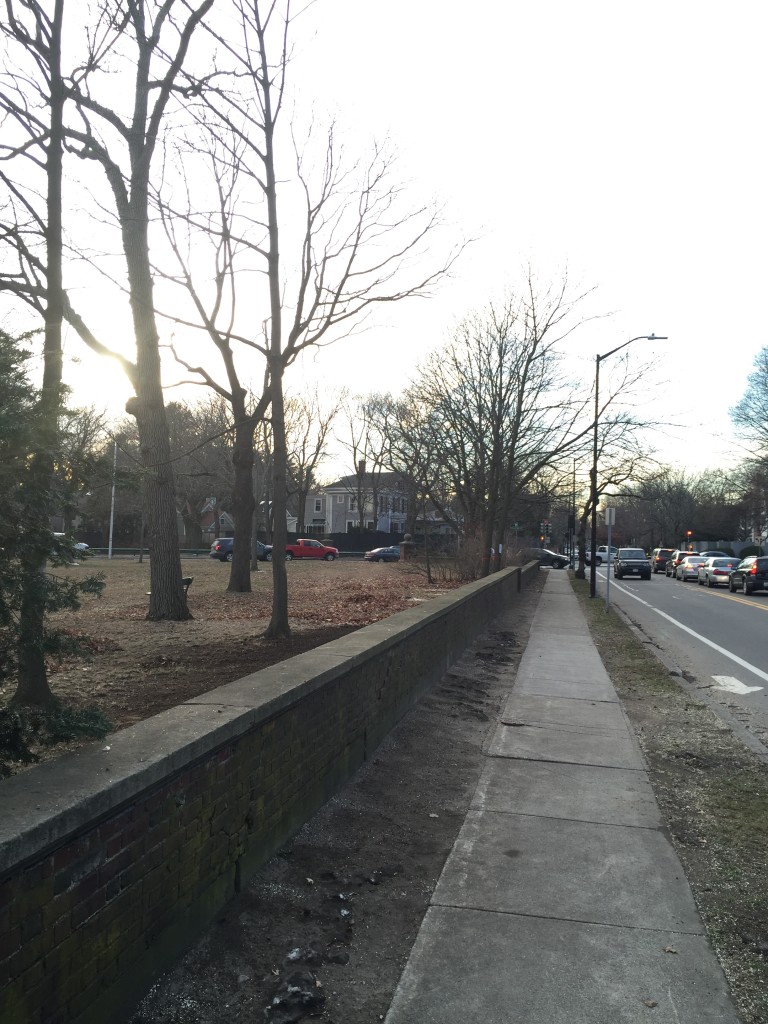